Let’s start again, Salut! I’ve just spent a wonderful 3 nights in the city of Quebec and what can I say. I fell in love.

I stayed in the Old Quebec section, within its iconic walls and characterful old buildings. To be honest apart from going to the airport and the riverside I didn’t really venture outside those walls at all. I was having to much fun inside them! I love the fact that you feel like you’re in a small, French town though whilst still having the big city just a stones throw away.

I stayed at HI Quebec, one of the hostel international places. It was a big old building close to the main road through town and the rooms on the top floor had some wicked views! The hostel also organises tour trips and group activities, so the first day I spent in Quebec I jumped aboard a walking tour around the old quarter followed by a trip to the ice hotel!

The tour was taken by a local volunteer guide called Claude, he was really informative about the history of the city and it was a great way to get a feel of the place and of course take a bazillion photographs!! Here are a handful: 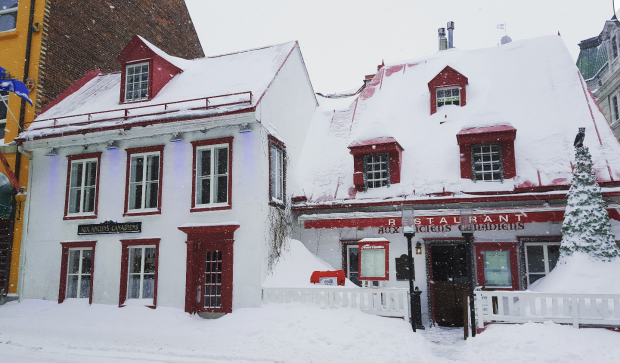 Next up was the ice hotel which I didn’t even know existed if it wasn’t for the hostel, so that was a cool (ha…cool) surprise. It’s literally a hotel, made of ice. People sleep there!!!!

Apparently you get given this crazy warm duvet and you’re meant to wear minimal clothes so that you don’t sweat as that makes you more cold! So what I took from that was that you’re basically meant to sleep naked… in a fricking ice room!! Just don’t go sitting on the polar bear I guess!

Aside from the bedrooms there’s also a bar:

So of course I had to try a drink from an ice goblet:

Then there was stuff like ice penguin sculptures, a chapel where people can hold weddings and conferences, an ice slide and a few sugar shacks! Worth a quick trip for sure, but I’m not braving staying there just yet!

The rest of my time spent in Quebec was pretty much alot of eating and drinking coffee. There was this mad snow storm one of the days, so I spent some time walking around taking photographs and diving into coffee shops every 20 minutes. I’d  heard about this place La Maison Smith from another travel blog and managed to stumble across it on my wandering. It’s famous for its macarons so I went inside to buy a couple and ended up staying for hours and eating 6 macarons… 😂 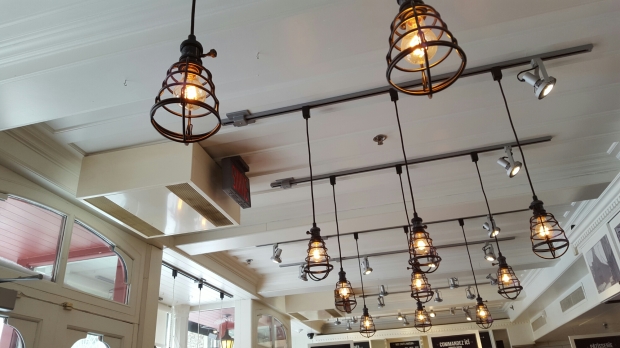 It was so ridiculously hipster inside, students on their macbooks, groovy lights and maps all over the walls. A great place to chill and watch the snow float by. 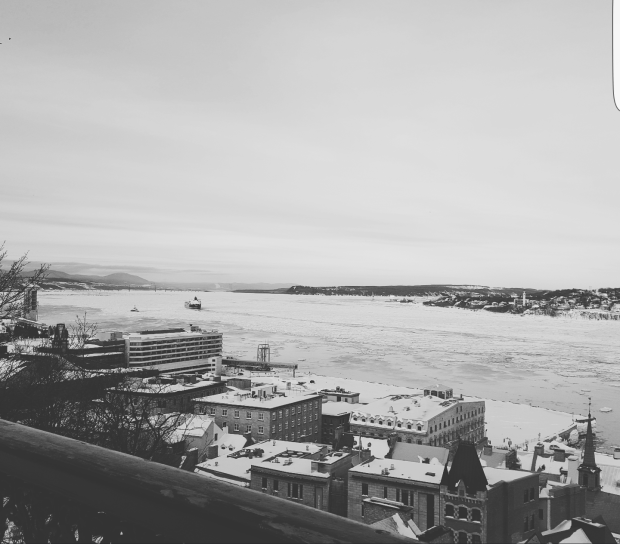 Once the snow had eased off slightly I got ridiculously snap happy walking around in this winter wonderland. My favourite area was the Petit Champlain neighborhood, an old section by the port that looked like something from a Christmas movie.

To get to the street you can either take the stairs or this fun glass lift called the funicular. It’s only $2.50 and although it only takes two seconds to transfer you, you can grab some pretty great fleeting views of the port around you.

Here are a few more photos of this picturesque area: 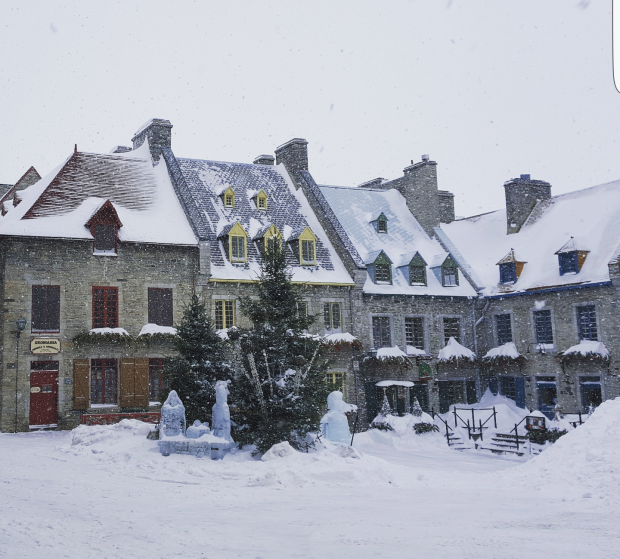 I had to nip into a souvenir shop at one point to get out of the way of a snow plough  (as you do) and came away from it with this awesome compass!! 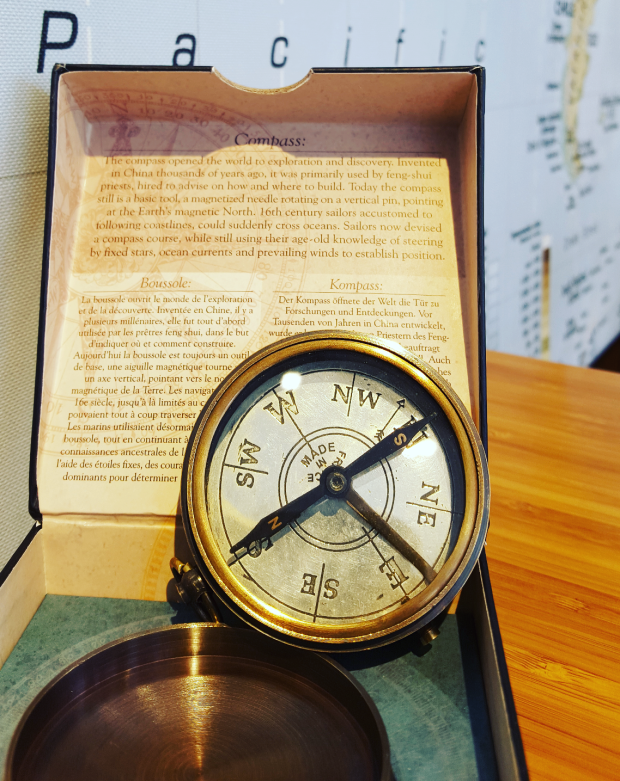 There’s no excuse for me getting lost now!

I spent a while here just taking in the lovely surroundings, I think it’s the most peaceful I’ve felt so far this trip. What a friendly, homely place 😊 loved it.

I’ll finish off with a few more photos from my snow day, currently rinsing some WiFi at a Starbucks in Banff as the Internet has been eluding me for a few days! 😂 More on that in my next post!

Much love from cosy Canada 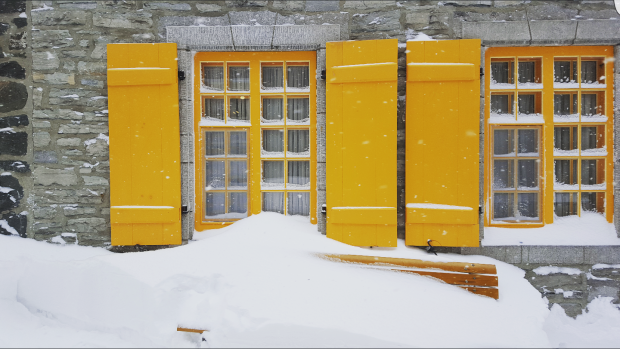 Some of the best Poutine (Canada’s signature dish) can be found at hockey games, which basically consists of crispy chips, a shed load of gravy and cheese curds! Now as someone who could happily drink gravy (hello northern routes), this is a dish I can sure get on board with.

2. The cute hats and jerseys There are dozens of different beanie hats you can get at the stadiums (known as tuques) and along with the jerseys, they are definitely the number 1 piece of attire for any supporter to wear to a game!

Pumping music, exciting build ups and passionate fans all makes for a pretty amazing atmosphere once you’re in that arena. 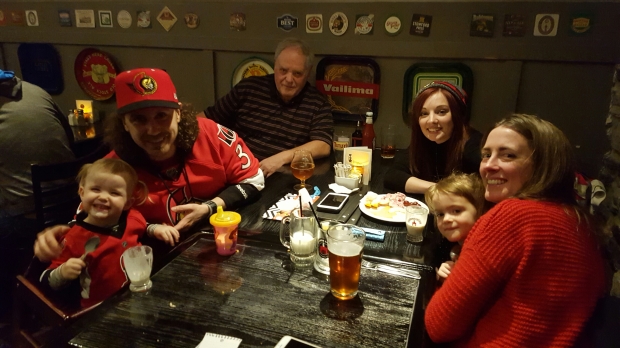 Canada lives and breathes hockey. If you thought all Canadian’s were quiet, inverted souls… head to a game and be proven wrong. 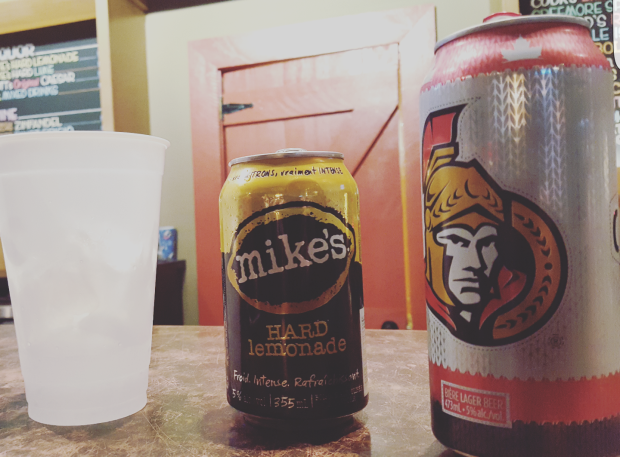 There’s something about those hockey jerseys and helmets that could work for a girl! Then of course some of them look like this… ❤ 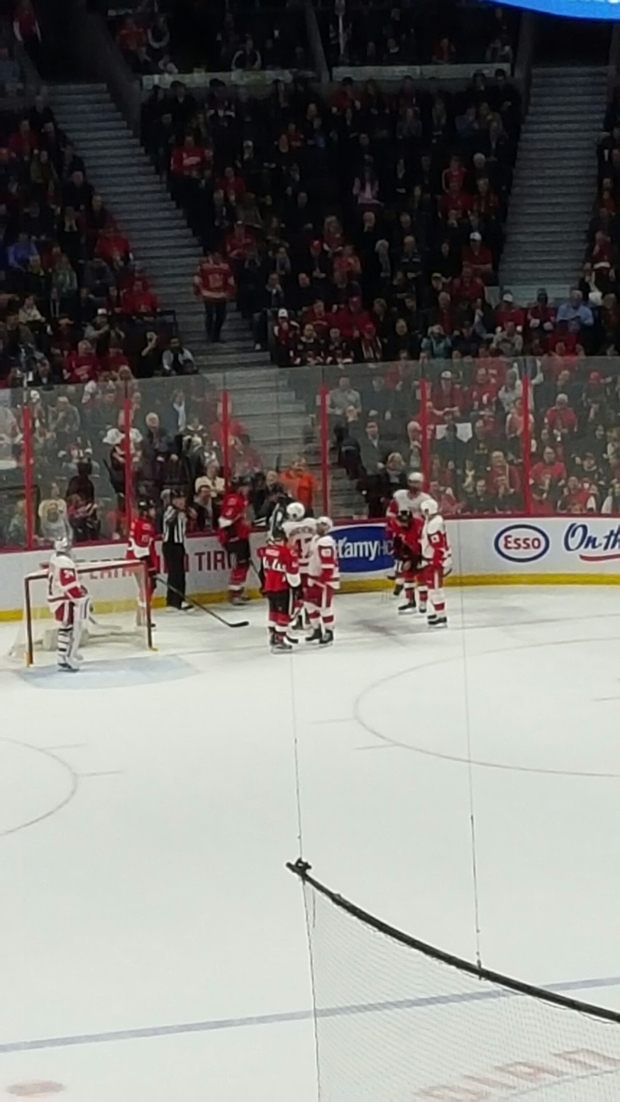 I’m not condoning violence or anything!!! But it is all part of the game and damn is it entertaining.

So i’m not blowing my own trumpet… but i’ve now been to 3 hockey games to watch the Senator’s (my families team) and every time the game has gone to extra time, then to a shootout, then to us winning!! So I’m pretty sure that makes me their lucky charm and I should get free tickets right?? 😄